Here’s 2018 bidding farewell to you

Months, weeks, days in a review

2018 was a year filled with adventure, new discoveries, breakthroughs in different fields and what not! While India might remember it for the #MeToo movement, celebrity marriages but for us it will stand out as an year of many firsts in the field of medicine. With NMC bill still being stuck in the Lok Sabha, new MBBS curriculum to be implemented, NEET being mandatory, let's hope 2019 is more fruitful. Here is a list of the Top stories of 2018, compiled by the PlexusMD Editorial team.

Meet the six 2018 Padma Shri awardees in Medicine: This year 85 "unsung heroes" have been awarded the Padma Awards of which 3 are Padma Vibhushan, 9 are Padma Bhushan and 73 Padma Shri. There were 6 awardees in Medicine which included 'Father of Palliative Care in India' MR Rajagopal, activists Rani and Abhay Bang (duo award) and ‘Grandmother of Jungle’ Ms. Lakshmikutty. Read more 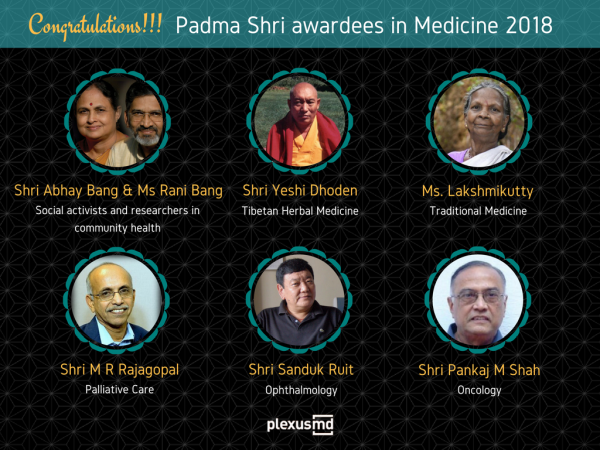 Meet 'Interstitium': A new organ discovered by scientists! Interstitium, a name for widespread, fluid-filled spaces within and between tissues all over your body was discovered and this "organ" just might be your body's biggest. It could change the way doctors think about not only cancer but also potentially other diseases and many functions within the body. Read more

1st ever Medical college rankings based on National Institutional Ranking Framework released: The ranking framework outlines a methodology to rank institutions across the country. Around 101 Medical Institutes across India participated for the ranking this year out of which 25 Institutes were ranked by the MHRD and the All India Institute of Medical Sciences, New Delhi tops this list. Check out the complete rankings

Exemplary work of a diving anesthesiologist in #ThaiCaveRescue: You must have heard of an incident which brought the whole world together and praying for the rescue of the football team boys who were stuck in a deep cave in Thailand. But what the people have missed out on is the exemplary work of an anaesthetist in rescuing those boys out of the cave. Know more

4000+ Doctors sign petition to include Patient Responsibilities in the Patient Charter: On 30th August 2018, the Ministry of Health and Family Welfare (MOHFW) uploaded a draft of the "Charter of Patient's Rights" on its website which was formulated by the National Human Rights Commission (NHRC) thereby inviting suggestions/comments from the public. PlexusMD solicited the views of doctors and medical students across the country on the proposed "Charter of Patients' Responsibilities". The campaign was widely circulated and received 4,468 from doctors all over India. Read more about the Charter 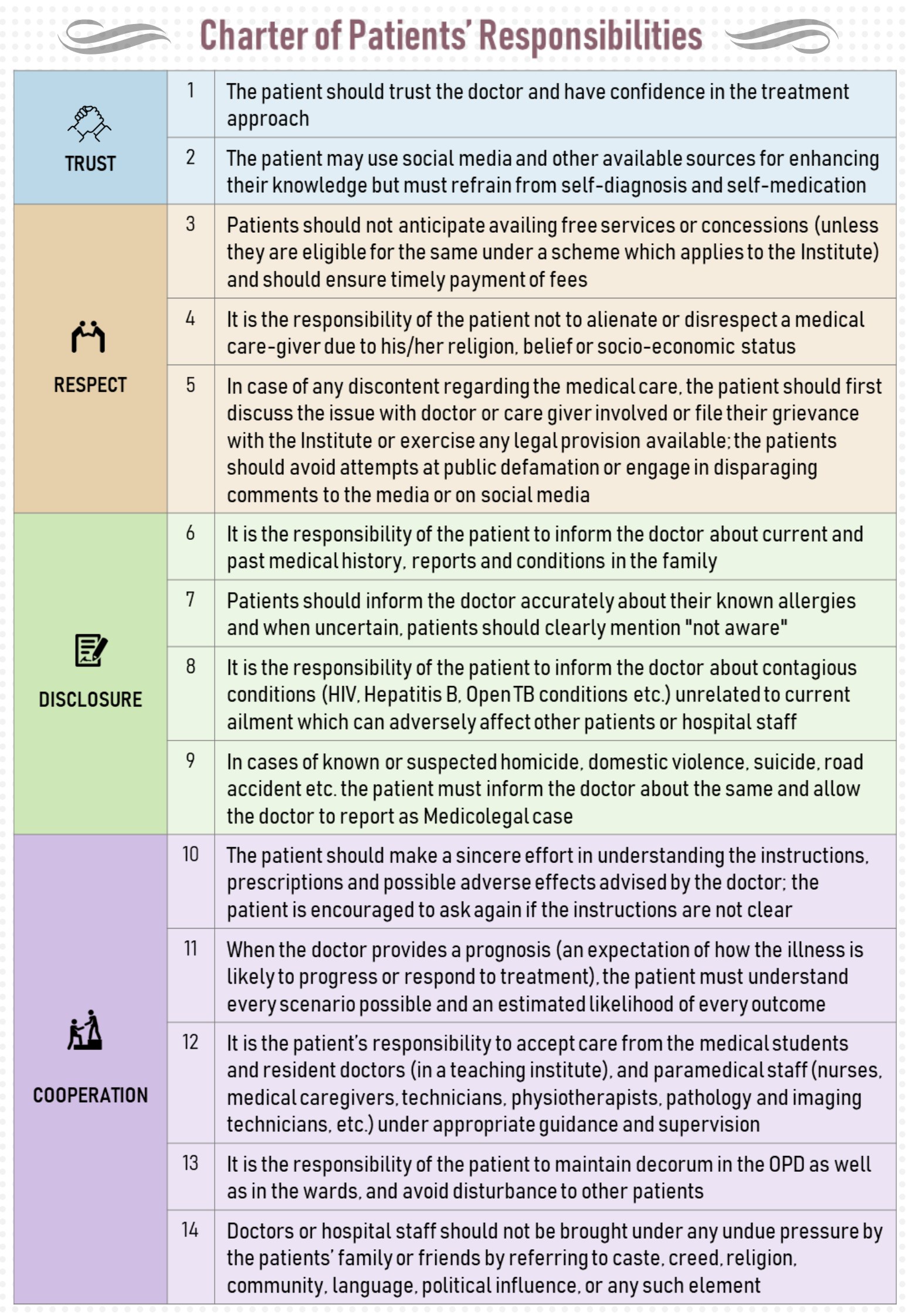 A ban on 328 FDCs! The Ministry of Health and Family Welfare(MOHFW) in September prohibited the manufacture, sale or distribution for the human use of 328 Fixed Dose Combinations (FDCs) with immediate effect. Reason? No therapeutic justification for the ingredients contained in the drugs and it may involve a risk to human beings. Find out which combinations of the drugs have been banned

Ayushman Bharat launch: 23 September, 2018 marked the launch of World's largest Universal health coverage scheme with a coverage to 50 cr beneficiaries in India. The scheme provides Rs. 5 lakh annual health coverage for each family and incorporates 1000+ procedures. "Today we are witnessing the special occasion, which will be analysed in the future as a great service to humanity," said PM Modi at the launch of the Pradhan Mantri Jan Arogya Abhiyan. Read more

MCI restructuring: President Ram Nath Kovind signed an ordinance to set up committee to run the Medical Council of India till a bill (NMC) which seeks to replace the body with a new commission is passed by Parliament. Since the term of the elected body of the MCI was ending shortly, a need was felt to run it by a committee of eminent persons to run it's affairs. Know more

Massive revamp of the MBBS curriculum: After a long haul of 21 years, the MBBS curriculum faced a major revision this year. The new competency-based UG Curriculum is touted to roll out nationally from the 2019 session starting August.The new curriculum also encourages, in a first, the use of medical mannequins and models for clinical learning even though the use of human cadavers for anatomy training will continue. Read more 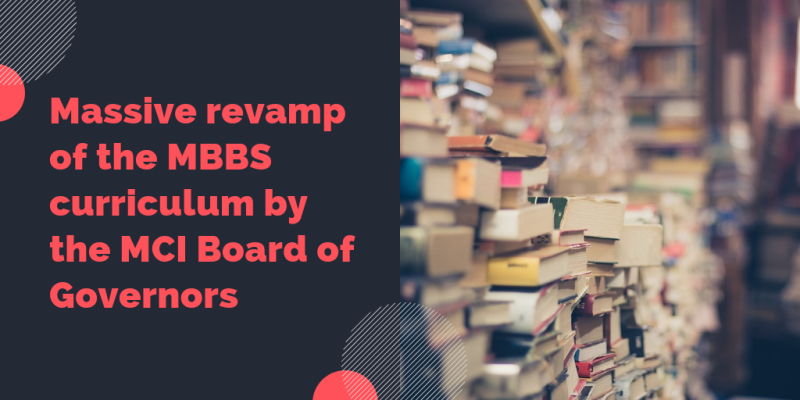 A controversy on gene edited babies! A Chinese researcher claimed that he helped make the world’s first genetically edited babies. In recent years scientists have discovered a relatively easy way to edit genes, the strands of DNA that govern the body. The tool, called CRISPR-cas9, makes it possible to operate on DNA to supply a needed gene or disable one that’s causing problems. Many mainstream scientists think it’s too unsafe to try, and some denounced the Chinese report as human experimentation. Learn more

A Strict NO to commercial surrogacy! The Surrogacy (Regulation) Bill, 2016 that ensures effective regulation of surrogacy, prohibits commercial surrogacy and allows altruistic surrogacy to the needy Indian infertile couples was passed by the Lok Sabha on 19th December 2018, with a voice vote. Read the key highlights of the bill

10 most remarkable medical breakthroughs of 2018: The year 2018 witnessed a number of significant discoveries in the field of medical science. Thanks to researchers, scientists and health experts around the world who have been working tirelessly to combat diseases and make our lives safer, easier and more pleasurable. From the ground-breaking cancer treatment to the first lab-grown human eggs, novel research continues to transform the future of health care. Click here to find out these medical firsts 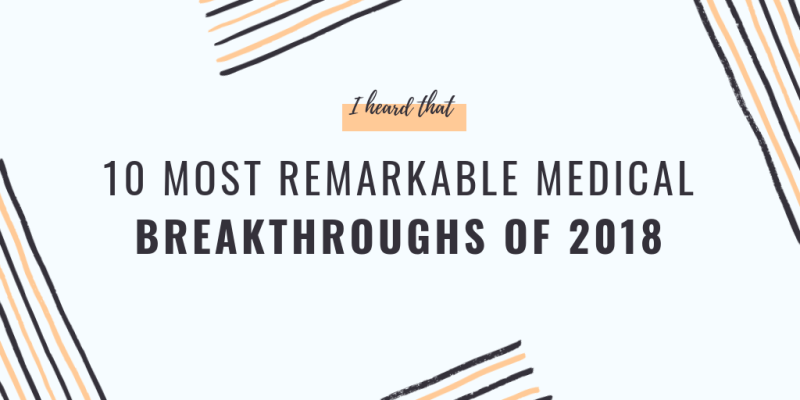 ps - Have anything else to add in the list that made 2018 remarkable for you? Share your views in the comments section below.

Lakshay Chotiya
PlexusMD Editorial team
Lakshay Chotiya is an analyst at PlexusMD and is a part of the Editorial Team. He is a B.Tech graduate from Indian Institute of Information Technology, Vadodara. He likes learning new things and writing. When not working, he is either exploring new places, binge-watching, meeting new people or playing strategic games.
About PlexusMD Learning
PlexusMD Learning tracks 1000+ Journals, Health agencies and Medical associations worldwide and engages with senior medical professionals across specialties to discover and share the latest news and developments, guidelines and stories of interest.
Dr. B●●●●t M●●●a and 25 others like this3 shares
Like
Comment
Share
View more comments

Dr. v●●●d c●●●●a General Surgery
Thank you for bringing to us such great stories. Kudos to the PLexusMD team
Jan 2, 2019Like5

Dr. R●●●l S●●●●a Ophthalmology
Thank you Plexus MD for giving us an academic platform n carrier opportunity in a touch away distance
Jan 2, 2019Like4